I really enjoyed doing a few illustrations for this year’s ‘Folktale Week’ challenge on Instagram. For the prompt ‘birth’ I chose the folktale ‘The Singing, Springing Lark’ where a woman, in search of her husband, asks the help of the moon who gives her a special egg to crack in a time of need. When she does, a golden hen and 12 golden chicks emerge. For the prompts ‘courtship/death’ I chose ‘Mrs Fox’s Wedding’ by the Brothers Grimm (slightly mixing together the two versions of the story) – Mrs Fox’s husband died, and suitors arrived to court her (one version says various animals from the forest, the other says foxes with varying numbers of tails) but she rejects them all because they aren’t as good as old Mr Fox. A young fox arrived, who also had a pointy face and nine tails like her former husband. Remembering that actually old Mr Fox was a bit selfish, she throws him out of the window, and marries the new younger fox. 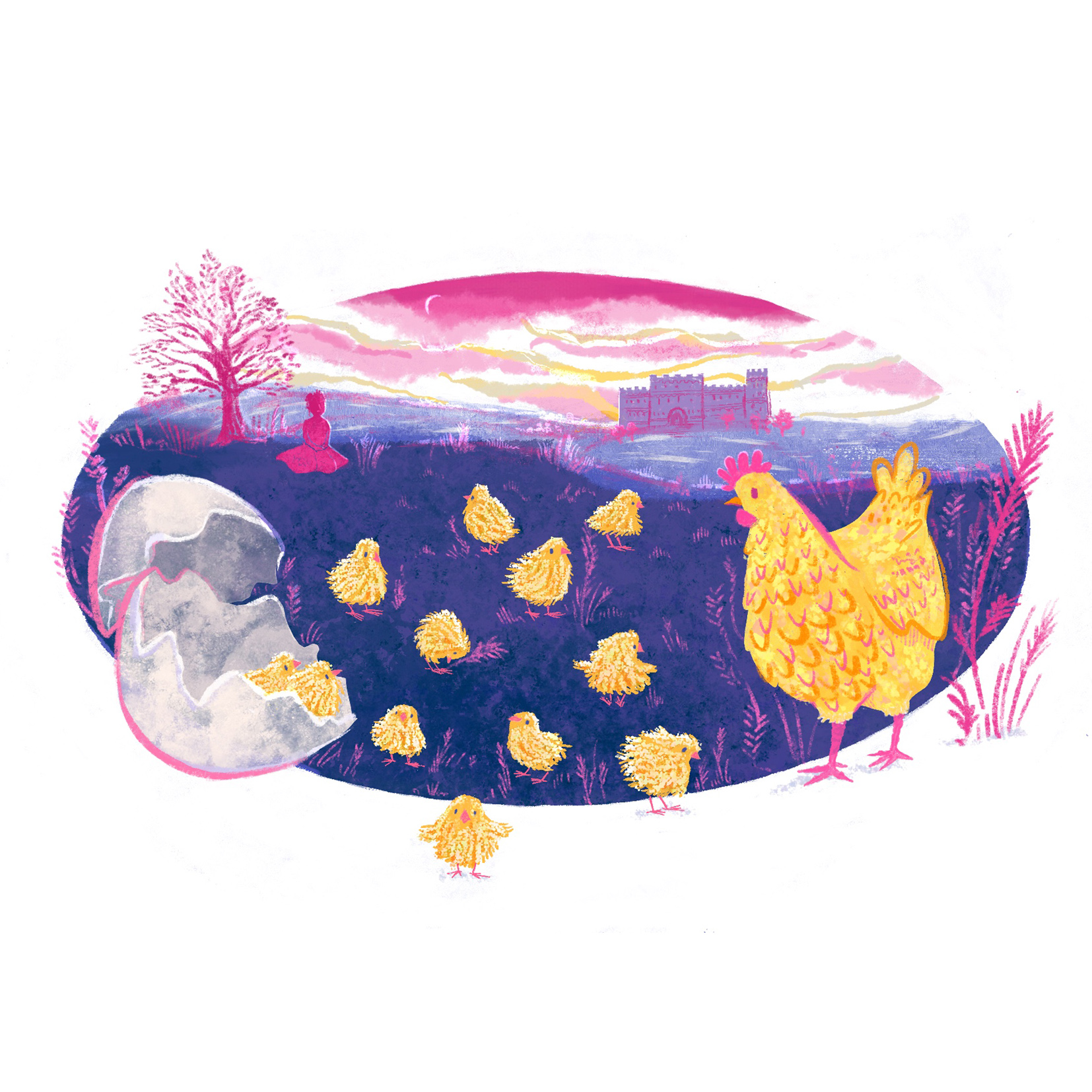 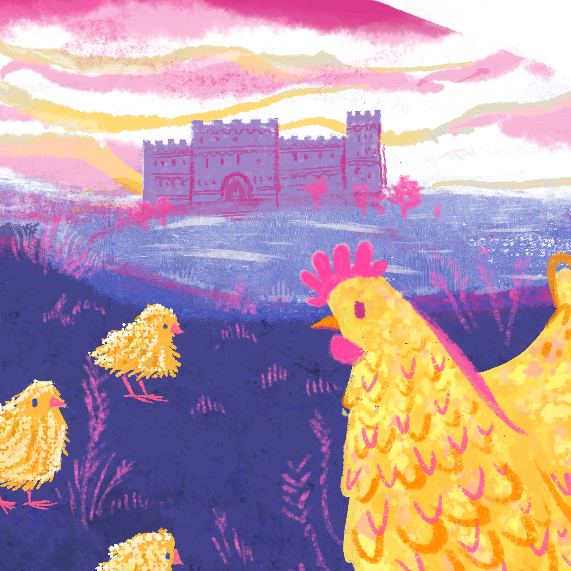 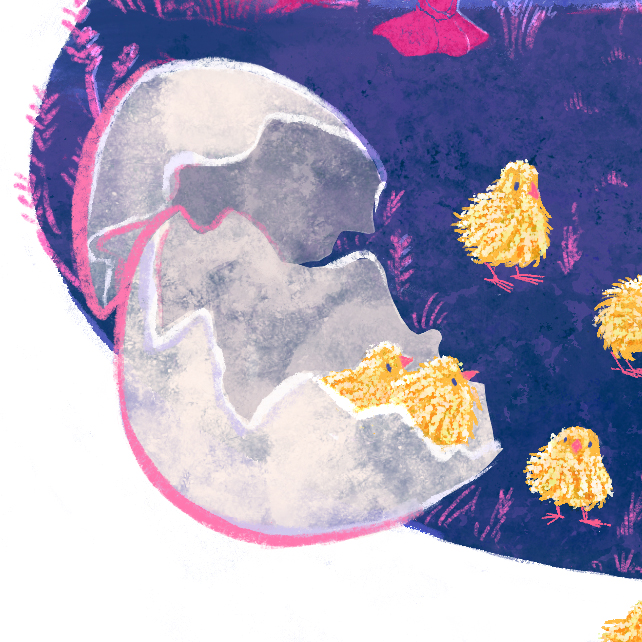 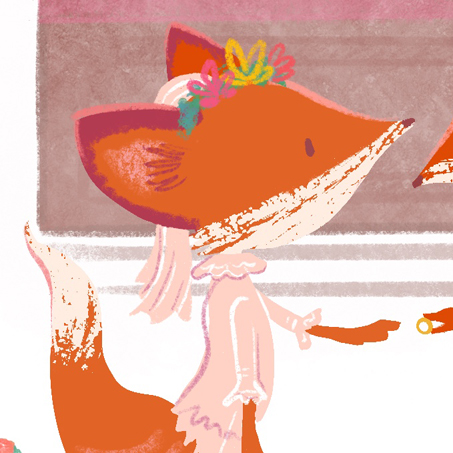 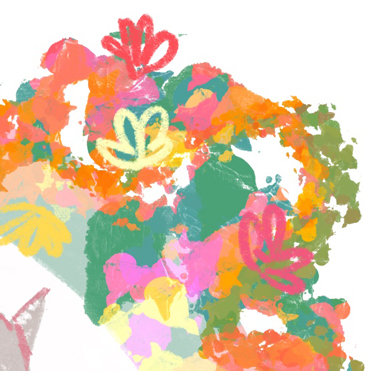 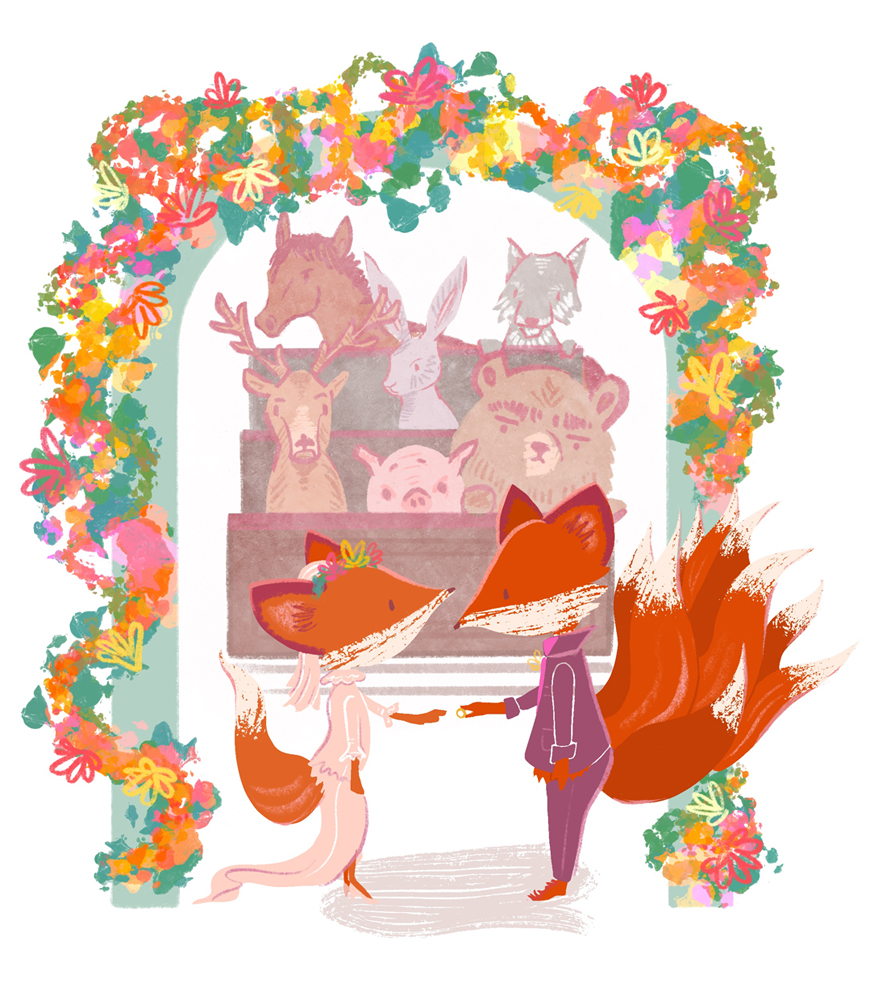 For day two’s prompt ‘ritual’ I chose to draw the Cooper’s Hill cheese rolling event… with a bit of a twist. 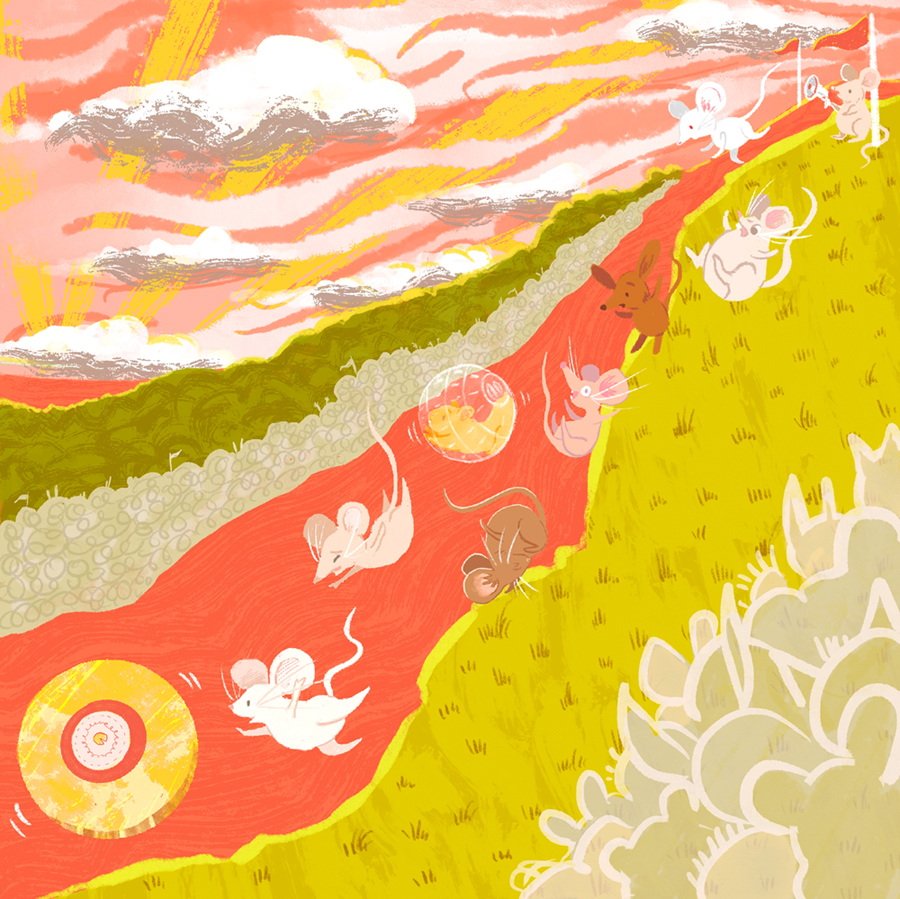 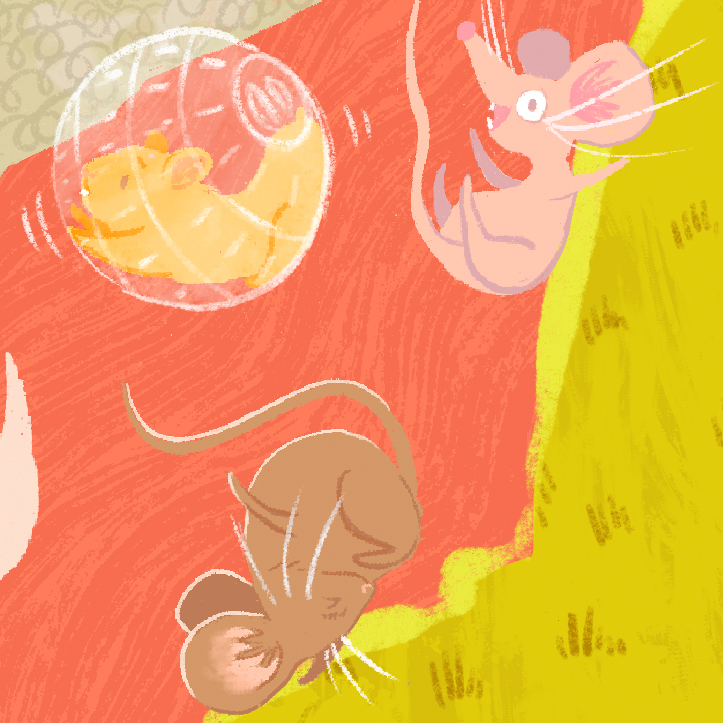 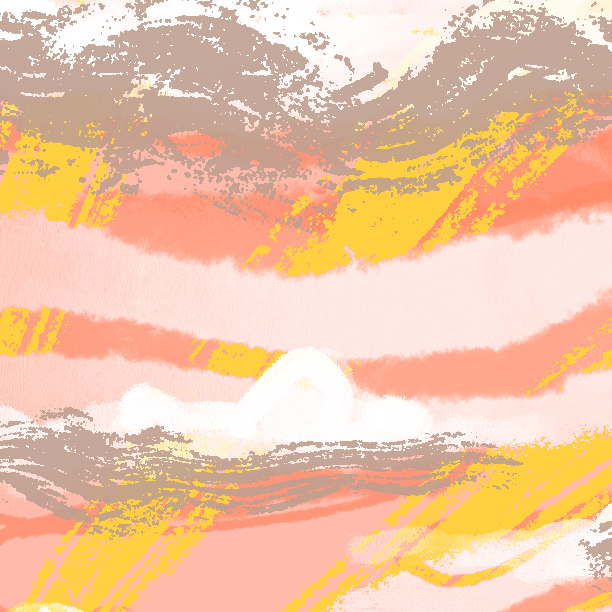 My favourite illustration from last year’s ‘Folktale Week’ challenge. I chose the folktale ‘Babe the Big Blue Ox’ for day three’s brief: ‘Path’. This is Babe the Big Blue Ox drying the camp’s laundry on his horns. An ox after my own heart, Babe hated Summer, so the tale goes that his owner had to paint the roads (paths!) white in Summer to trick Babe into thinking it was still Winter so he would continue hauling logs along them. 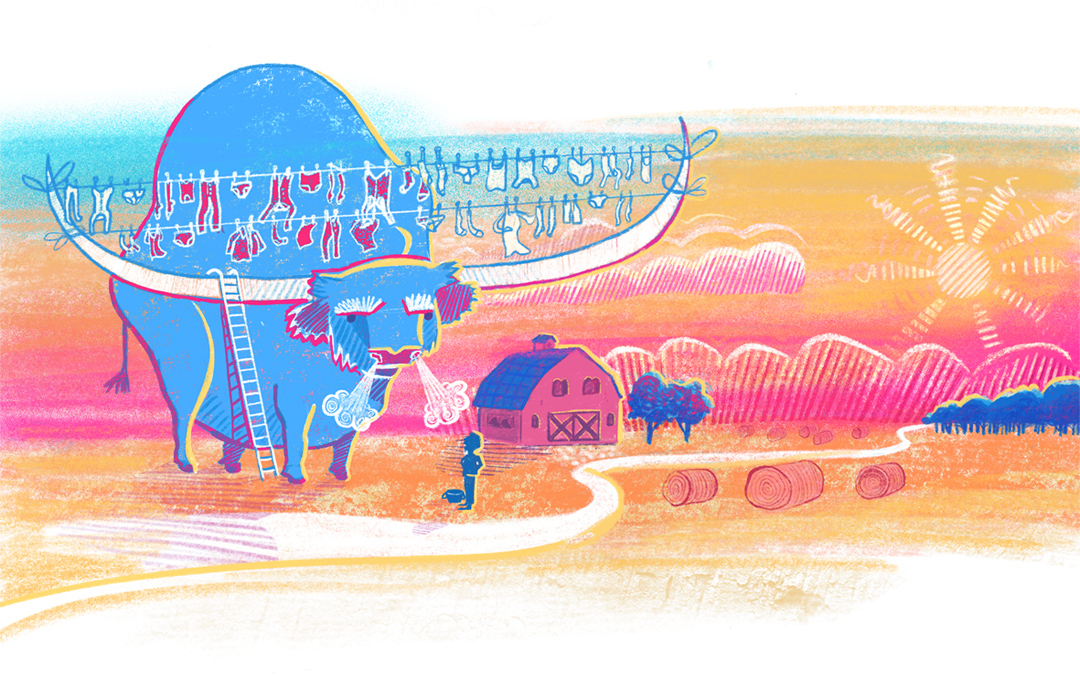 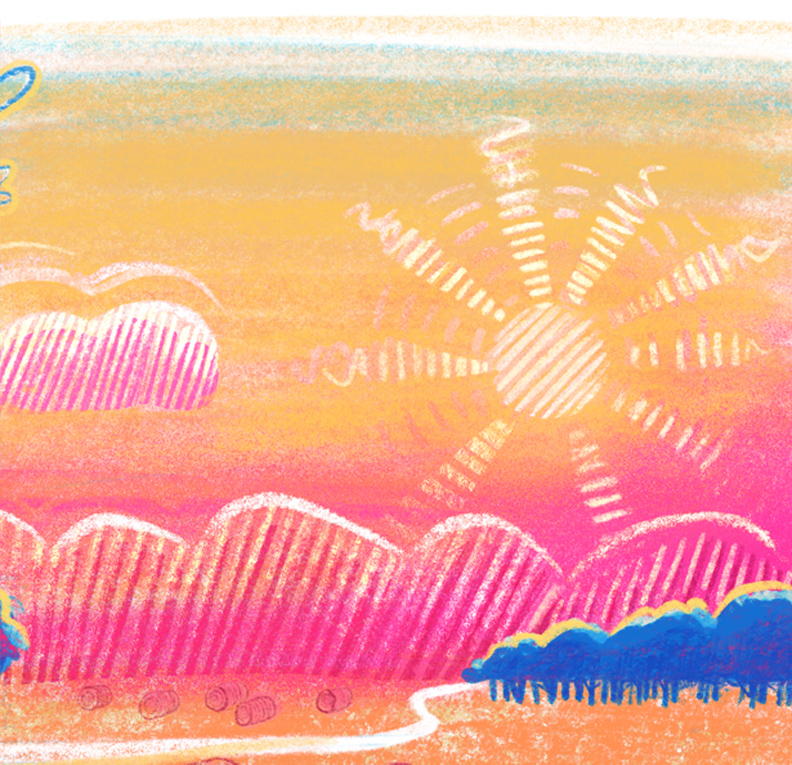 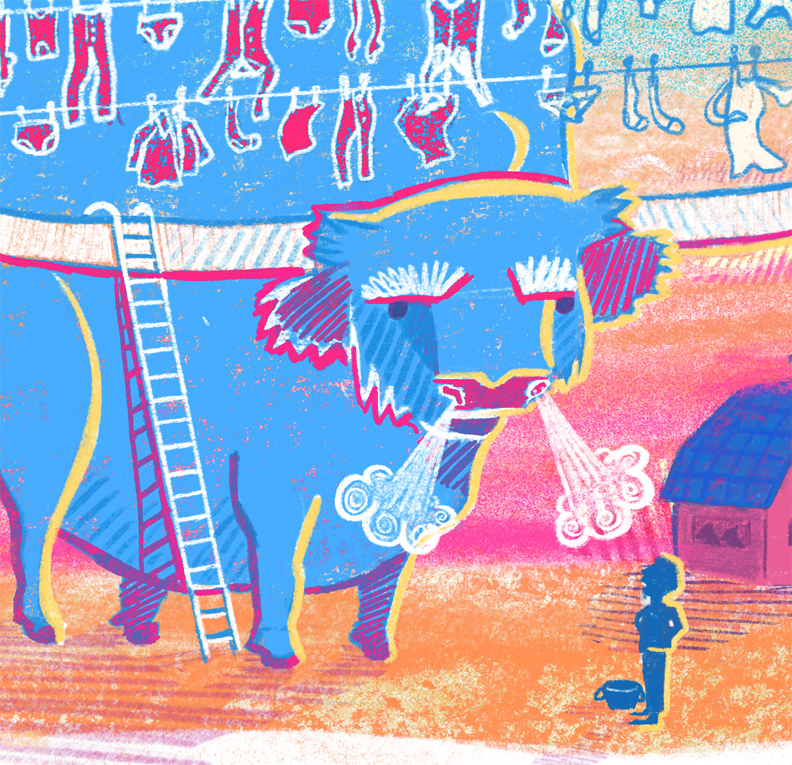 An illustration based on ‘The Brave Little Tailor’, a Brothers Grimm tale, made during last year’s Folktale Week challenge for day five’s prompt ‘Darkness’. This is the Brave Little Tailor who was challenged by a King to demonstrate his bravery by killing two dangerous giants. He snuck into a tree while they were sleeping, dropping stones onto them so that they would each think it was the other throwing the stones, and kill each other to save him the job! 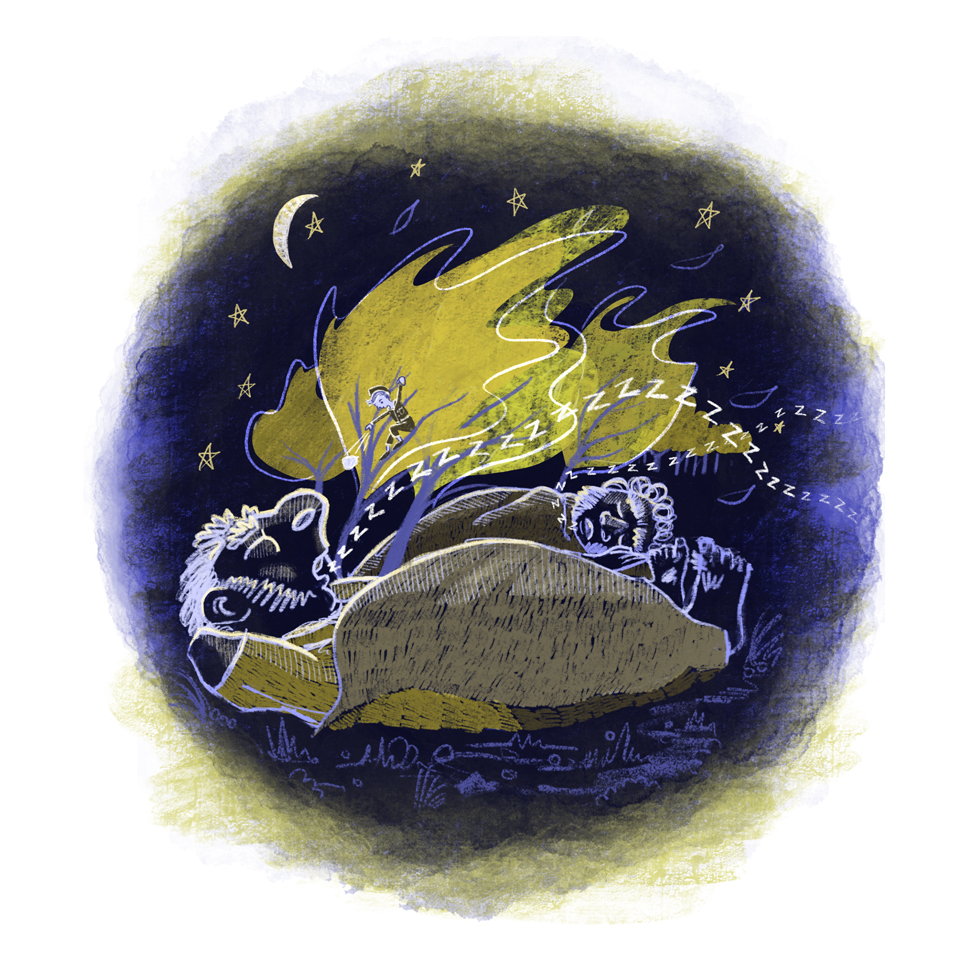 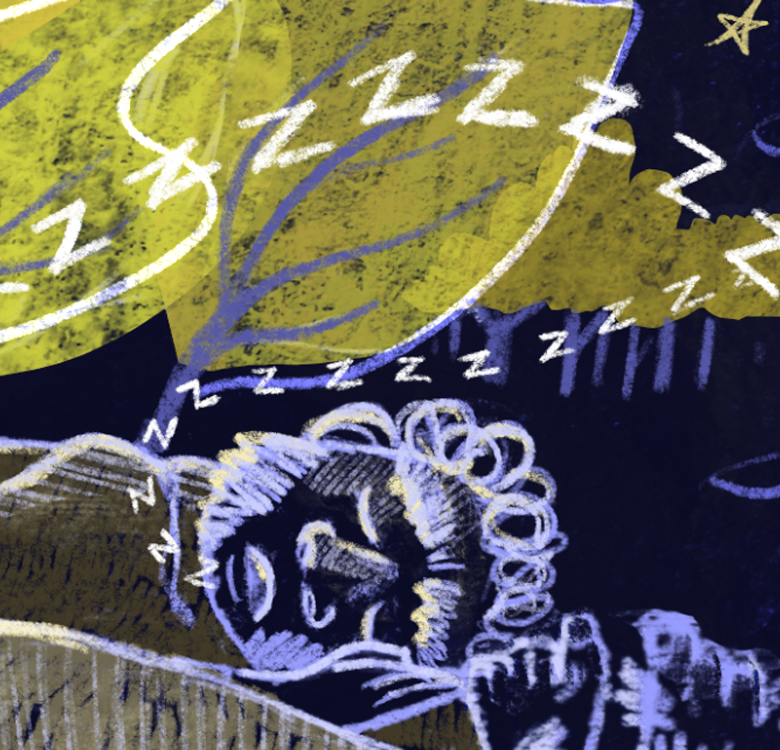 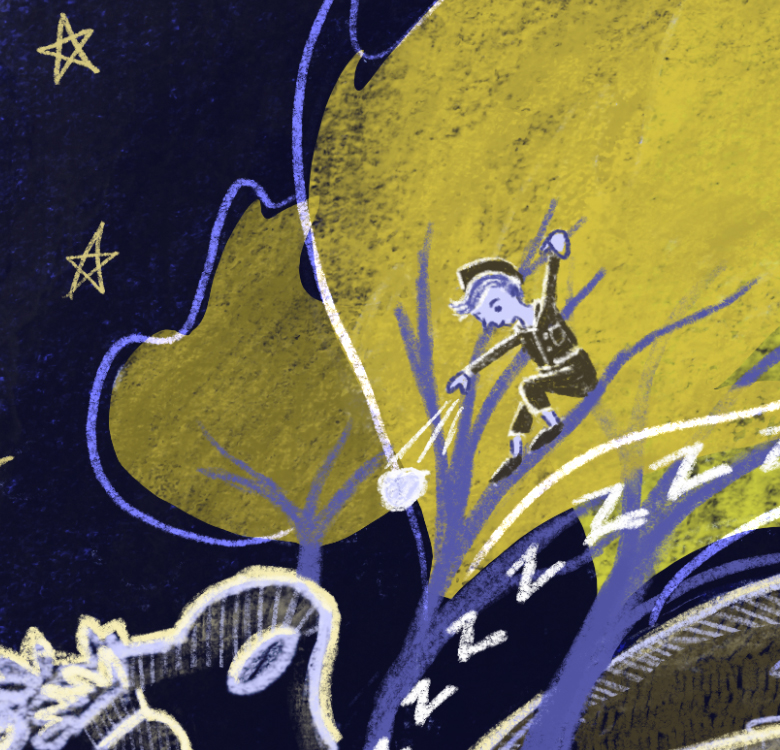 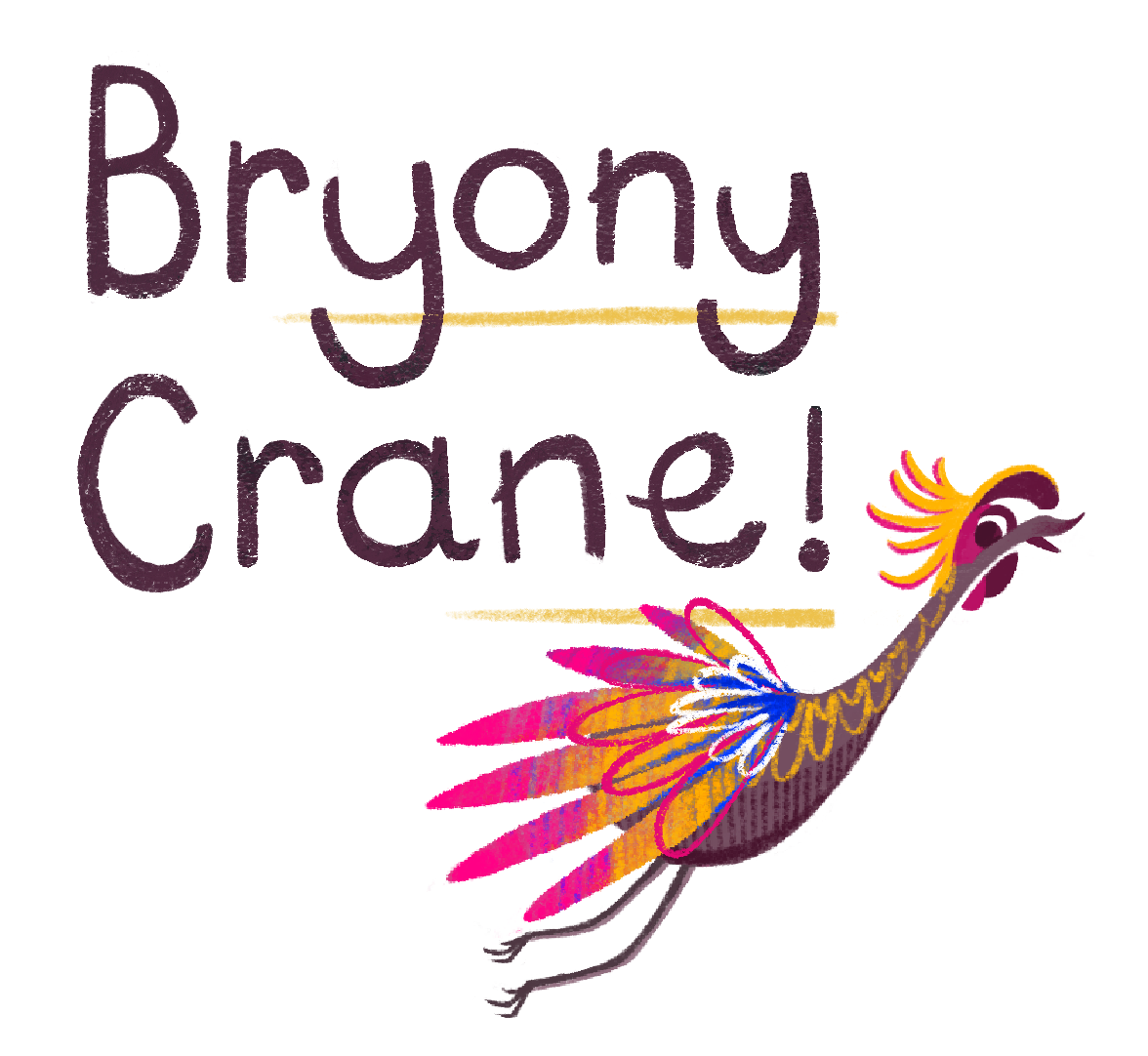 This website uses cookies to remember your preferences and repeat visits. By clicking “Accept”, you consent to the use of ALL the cookies (and get rid of this annoying bar). 🍪
Cookie settingsAccept!
Manage consent

This website uses cookies to improve your experience while you navigate through the website. Out of these, the cookies that are categorized as necessary are stored on your browser as they are essential for the working of basic functionalities of the website. We also use third-party cookies that help us analyze and understand how you use this website. These cookies will be stored in your browser only with your consent. You also have the option to opt-out of these cookies. But opting out of some of these cookies may affect your browsing experience.
Necessary Always Enabled
Necessary cookies are absolutely essential for the website to function properly. This category only includes cookies that ensures basic functionalities and security features of the website. These cookies do not store any personal information.
Non-necessary
Any cookies that may not be particularly necessary for the website to function and is used specifically to collect user personal data via analytics, ads, other embedded contents are termed as non-necessary cookies. It is mandatory to procure user consent prior to running these cookies on your website.
SAVE & ACCEPT